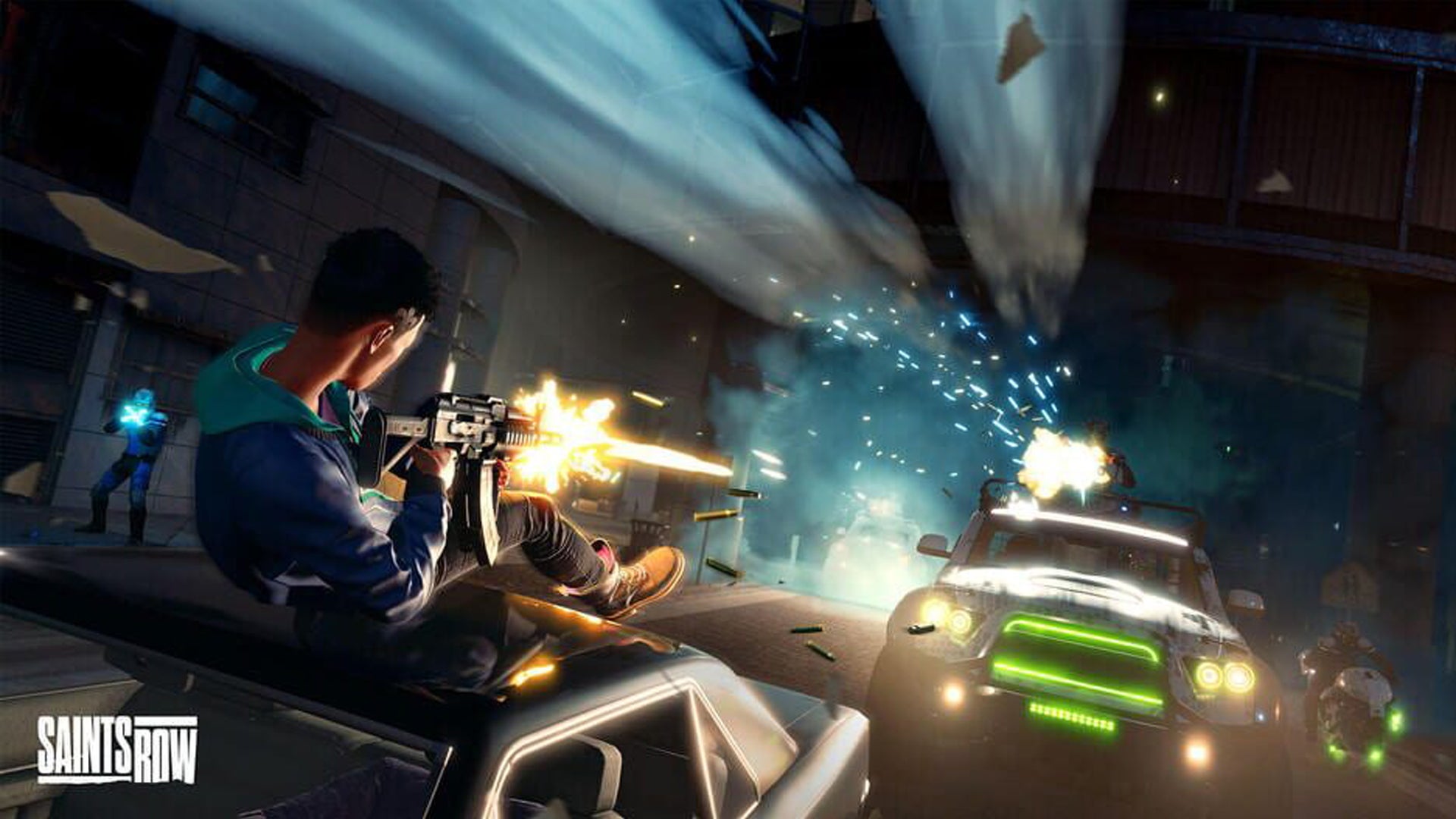 Saints Row is out in less than two weeks, so Volition and Deep Silver have dropped a new gameplay overview trailer diving into what you can expect from the game.

For a gameplay overview trailer, there isn’t much in the way of actual in-game gameplay, but it did dive into the various factions you’ll meet in the game. First up is Los Panteros, who’s run by certified beefcake Sergio. They’re all about smuggling, and “have no hesitations about getting up on your business,” making them one to watch out for.

Then there’s the more tech oriented, club culture donned Idols, who don’t have any particular leader, only a faceless group known as The Collective, but do have a penchant for masks that Daft Punk would potentially approve of.

You’ve also got the Marshalls, a privatised military group that takes the perfect cowboy hat and sullies it with police aesthetics and fancy weaponry. They also happen to be your former employers, so it sounds like there’ll be some awkward encounters somewhere along the line.

Thankfully, you’ll be armed with some friends to help you rise up as someone to be reckoned with. You’ve got the very smartly dressed Eli, an investor type that will put your profits into the right places, and is pretty fond of a pump action shotgun here and there.

Need to get somewhere fast? Then you’ve got Nina, who ensures that your vehicles are “street illegal,” which sounds perfect for the likely many necessary getaways you’ll have to make.

And lastly there’s the probably-shirtless-too-much Ken, your roommate, a DJ, chef, and “all-around thrill junkie.”

The trailer showed off your future base of operations too, a slightly derelict mansion that you’ll be able to turn into something a bit more stylish, that will be stocked with everything you need to build your empire.

If you’re looking to learn a bit more about the story of the Saints Row reboot, a story reveal trailer is set to debut at 3pm BST August 16, so keep an eye out for that one.