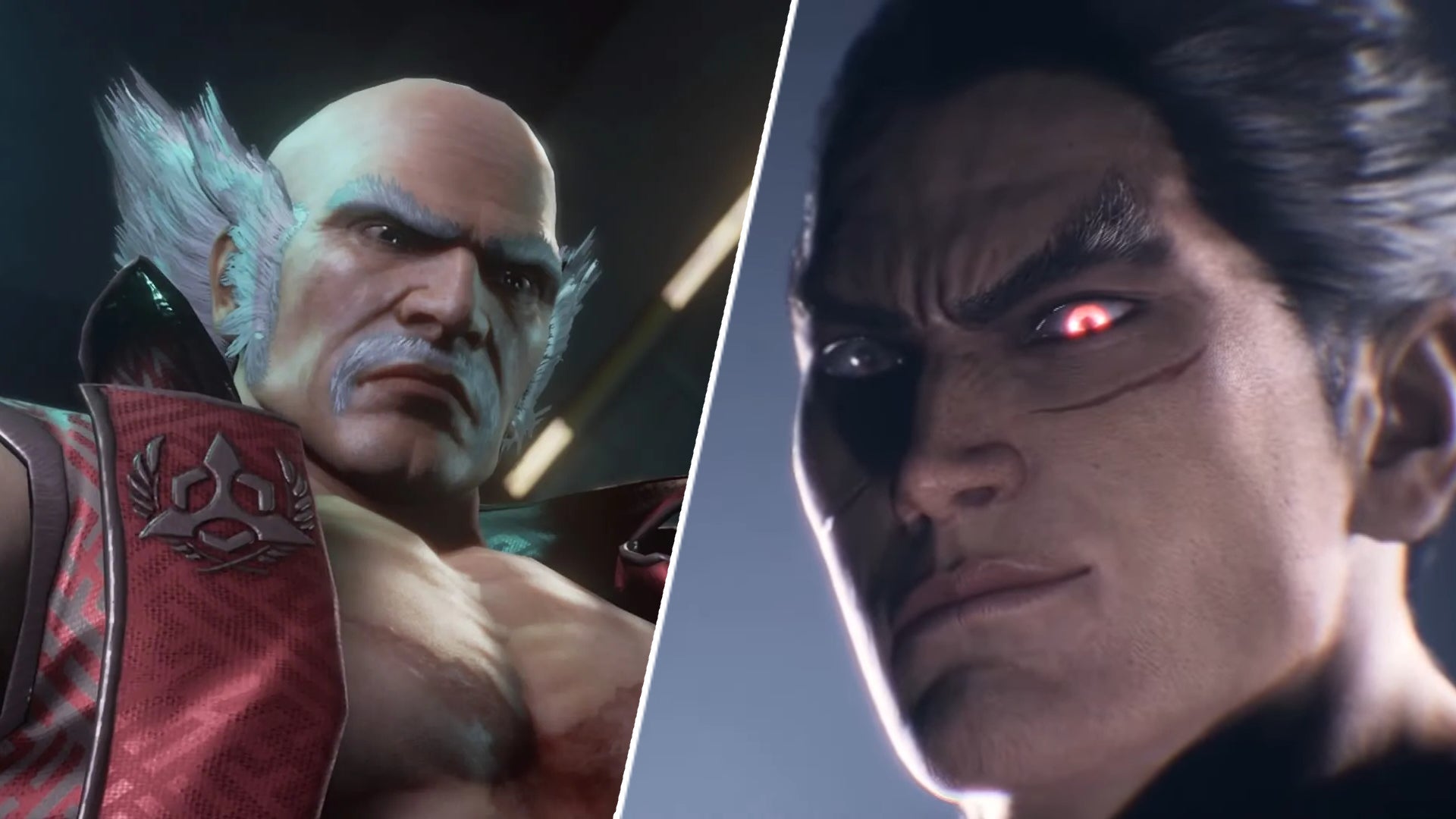 Tekken 7 – the most current game in the esteemed fighting series – has been doing the rounds since 2017. That’s the better part of five years, at this point. But, after over 9 million sales and five years of support, it looks like Bandai Namco and face of the series, Katsuhiro Harada, are ready for the next battle.


A ‘blink and you’ll miss it’ teaser was shown during EVO 2022 last night, and it hinted at a brand new Tekken game. Whether this will be the next canon game in the series, Tekken 8, or another spin-off like Tekken Tag Tournament 3 remains to be seen. There’s only one thing we know for sure: more Tekken is coming.

The trailer, which you can see embedded above, shows series mainstay and Smash Bros. interloper, Kazuya Mishima, in his ending from the original Tekken.

We get to see him drop his unloving, sociopathic father, Heihachi, off a cliff – and then a snatch of static segues into the ‘current’ version of Kazuya (complete with red eye and scar) in nice, crisp, modern graphics. “GET READY”, the trailer instructs us.

Tekken lovers aren’t particularly surprised by this announcement: Tekken 8 was one of the games featured in the Nvidia Geforce Now datamine, and there’s a Netflix show for the series on the way, too. The timing is right for another game in the esteemed 3D fighting series – and it looks like there’ll be a lot of support behind it.

Bandai Namco also announced that it will release a free update for Tekken 7 on August 17, which will add balance adjustments and ‘new tactics’, interestingly. Not much more information about that update was shared.

If Bandai Namco can convert even a fraction of Tekken 7‘s audience on to Tekken 8, the game will be a success. Between this, Project L, Street Fighter 6, and a new Garou/Fatal Fury game, we really are living through something of a fighting game renaissance. I just hope you’ve got a decent arcade stick.