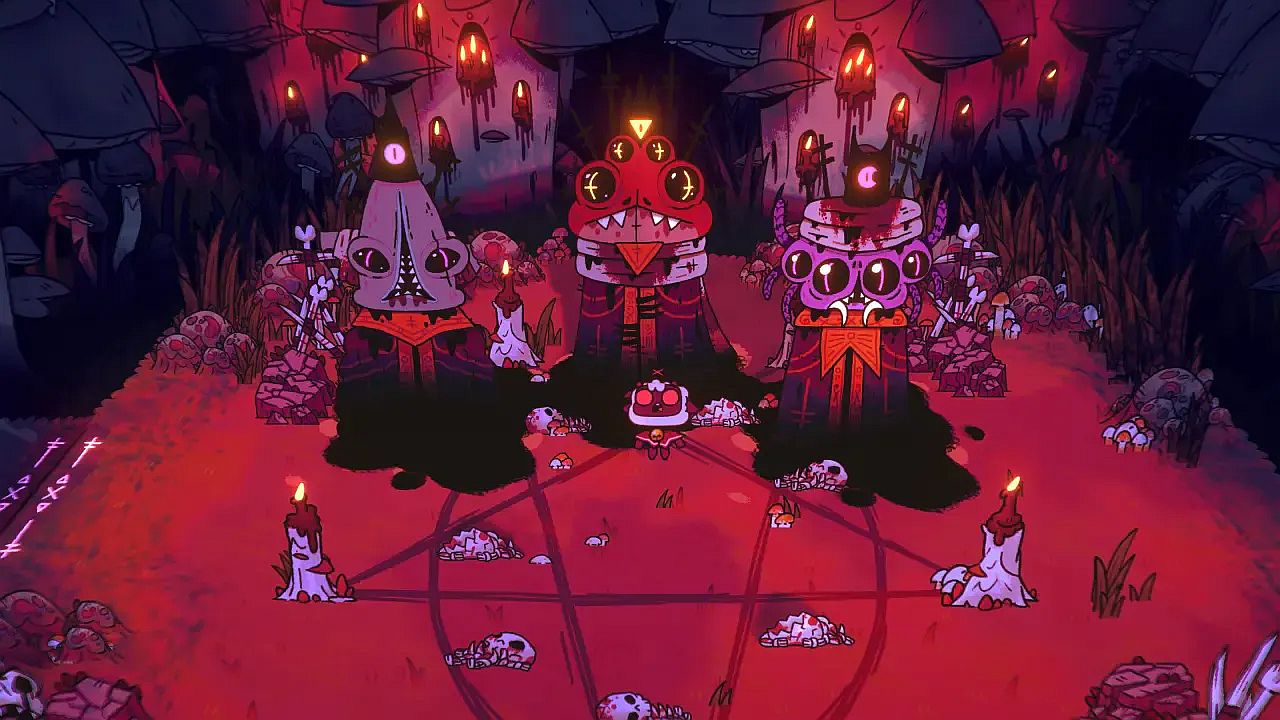 Massive Monster and Devolver Digital have announced that over one million have joined the Cult of the Lamb.

The unholy congregation swelled to this robust number within one week.

Despite such devotion, the flock has seen its fair share of struggles with all manner of bugs and other infernal complications – all of which must be abolished.

Fear not! Those on high have listened to your cries and are hard at work readying a multitude of fixes, improvements, and general housekeeping so they can once again spread enthusiasm to all adherents.

Lastly, the faithful shall soon be blessed with a content roadmap fit to honor The One Who Waits.

If you are unfamiliar with the clan that follows the Lamb, it thrusts you into a crumbling world of ritual and ruin as a possessed lamb saved from annihilation by a stranger to whom you must repay your debt.

Pay your duty by building a following in his name in this land full of false prophets. Wander through various regions filled with woodland worshippers as you spread The Word and recruit fresh faces. Know though that many enemies and rival cults will try to thwart your teachings. Defeat the leaders of these blasphemous cults, absorb their power, and return to your base to receive the devotion of your followers.

Be sure to keep your parishioners sated by building new structures, performing rituals, and giving sermons to reinforce their faith. As their admiration grows, so will your power, allowing you to venture further into the forest and discover more of its secrets.

Become loved or feared – it is your choice, oh Chosen One!

All are welcome to join the sect, and you too can pledge your allegiance to the Cult of the Lamb through various means such as PC, PlayStation, Switch, and Xbox.

Know that the different ways to enlist come with special benefits. Should you join through the ever omnipresent Steam, you shall be granted new follower forms via The Cultist Pack. Should you choose the affable Switch, a follower skin based upon the exalted Cthulhu will be yours for the taking.