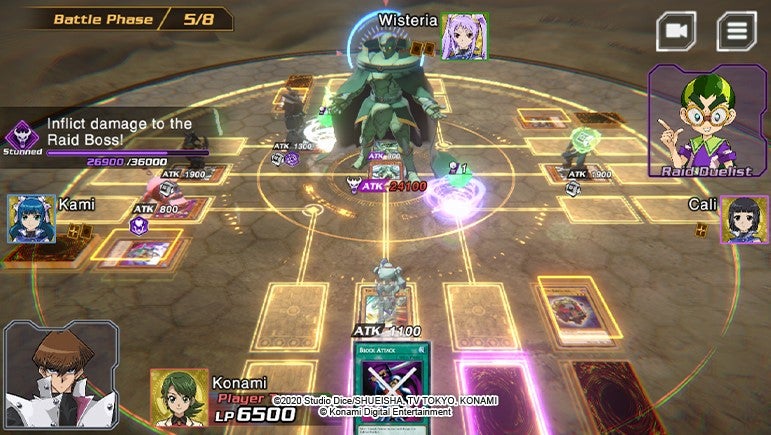 YuGiOh Cross Duel, the four-player digital card game announced a while back by Konami, is launching on mobile platforms September 6. In this version of YuGiOh, four players take up a slot in a four-way free for all, sending monsters towards other players via lanes.

In addition, there are cooperative modes present that have each of the four players face off against one giant, hugely powerful monster in the centre of the board. If you’re not a fan of all this shiny multiplayer content, then single player modes will also be available on launch.

As with prior YuGiOh games, fans of the old TV shows can expect to see a variety of characters they recognise pop up in-game, so you can represent your favourite version of the YuGiOh cartoon. Plus, this game has some pretty neat 3D models of some of the more iconic monsters, which is sure to mean a lot to those of you out there with a love for the series’ greatest hits.

All in all, it’s an interesting twist on the formula that’s sure to mix things up for those invested in the traditional format. In a recent press event, I asked whether or not this game would come to other platforms (since YuGiOh Master Duel seemed to do so well on both PC and consoles). As of right now, they have nothing to announce on that front, so you’ll have to make us of your phone to try out Cross Duel at this moment in time.

What do you think of this new YuGiOh game? Does the four-way battle spin interest you enough to have you keen? If you’ve not played a YuGiOh game in some time, YuGiOh Master Duel is a great title which — as mentioned earlier — found success on a bunch of platforms. Check it out!