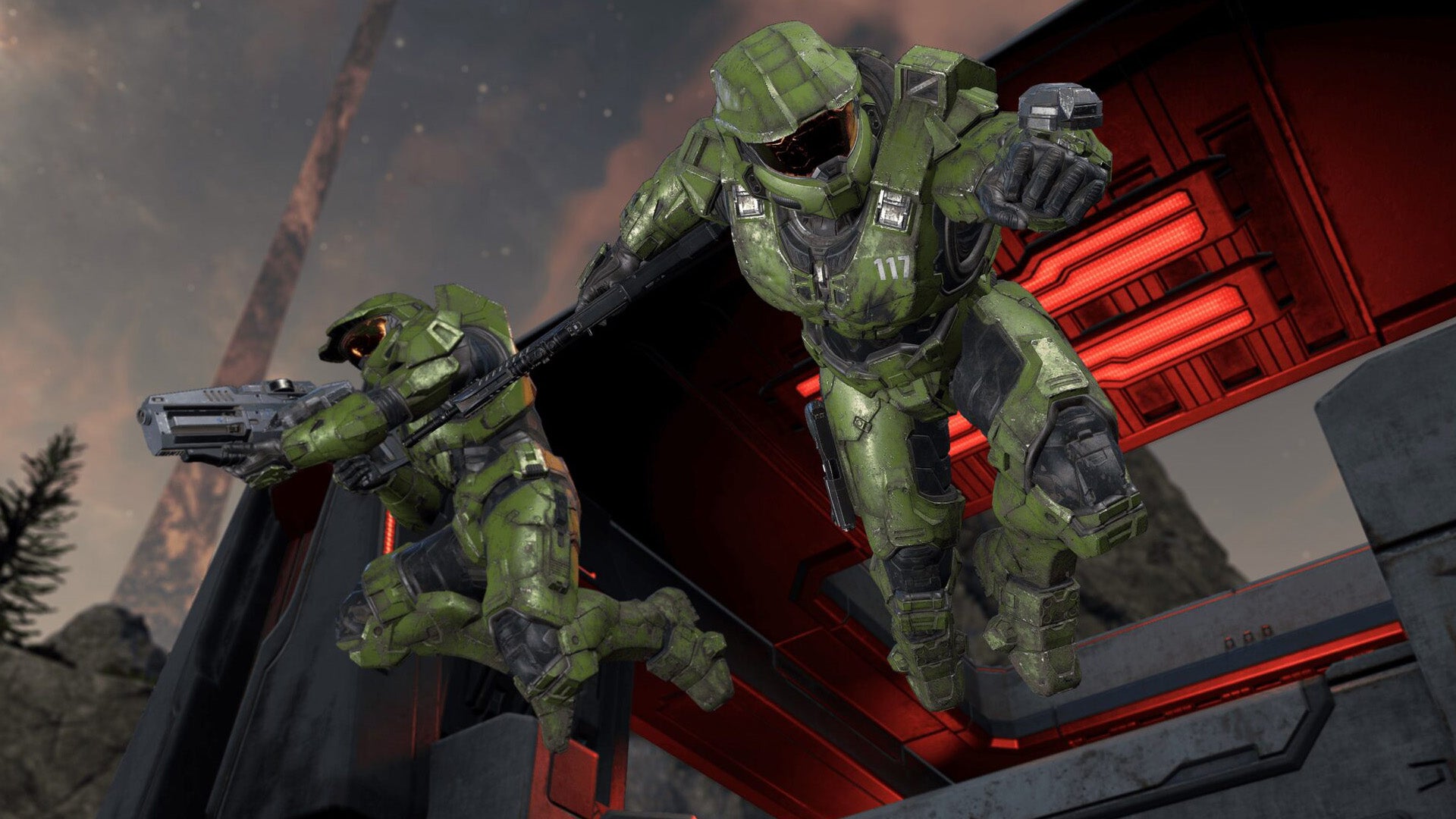 Even though split-screen co-op has been cancelled for Halo Infinite, players have worked out a way that lets them do it anyway.

Last week, 343 Industries provided a roadmap for Halo Infinite that promised players the Forge and Campaign co-op would be coming in November. Only downside is that split-screen co-op had been cancelled in the process, obviously leaving some players that were hoping to live out their youth once more disappointed. But it seems that some players have found a bit of a workaround thanks to a menu glitch.

As spotted by Eurogamer, French Halo community Halo Creation shared a video that shows a menu glitch that allows you to play the game in split-screen co-op. The Twitter account for the community has shared a helpful video of the glitch in action, which was discovered by Halo player Alexis B., and all the steps you need to follow.

Essentially, it involves some quick actions on your part, an Xbox Series X or S, and a friend also online. Manoeuvring through some different options and connecting another controller at the right time will let you play local, split-screen co-op, and it apparently works with up to four people.

Now obviously, you might be thinking ‘well if it works, why don’t they just put it in the game?’ Just because you can play with another player in split-screen, doesn’t mean it will run perfectly. Features like these cost time and money, so be respectful of all the devs working on the game because it’s out of their hands.

On the more positive side of announcements from 343 Industries, the Forge and campaign co-op going live in November will be exciting for a lot of players. The Forge lets you build custom maps, so there’s sure to be a lot of fun creations, and being able to play the campaign online will still likely be a welcome addition to many.