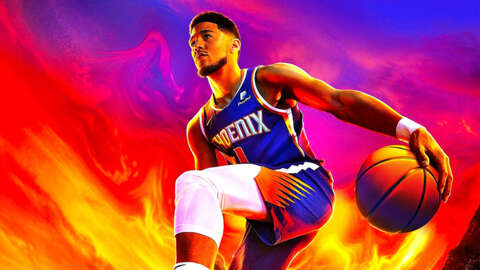 This year, NBA 2K23 muddies those waters in an interesting way. Not only will players take the court with modern superstars like Steph Curry and Kevin Durant, they’ll be able to travel back to the ’80s, ’90s, and early 2000s and play as legends like Bird, Duncan, and Iverson. For more on these new features, as well as details on the NBA 2K23 release date, preorder details, and more, here’s everything you need to know about NBA 2K23.

While annual sports sims typically have few innovations outside of updated rosters year to year, it appears NBA 2K23 is poised to add several new features to its suite of modes.

NBA 2K’s most popular mode, MyPlayer, is back. Every year, the team does a great job of making your custom character the star of the game, and a new storyline in this year’s game will do that once more. This time, the story starts with you actually getting to choose your own landing spot via the NBA Draft. While that may sound great… there’s a catch. The team’s fanbase wanted a different player, so you’ll be tasked with winning over your new fanbase when they’ve got wandering eyes for your rival, Shep Owens. From being booed on stage at the draft to exploring The City and seeing fans wearing Owens’ jersey rather than yours, the environment will be hostile at first. But winning solves everything, doesn’t it? Throughout the storyline, you’ll work to gain the fans’ admiration and prove over the course of your career that you were the right pick all along. The team at Visual Concepts says this year’s MyPlayer is the biggest the team has ever done, and the story will include cameos, as it often does, including rapper Bas and music producer Elite, both of whom work under J. Cole’s label Dreamville Records.