If you can not find the Fire Extinguisher in your inventory for the Wall-E quest in Disney Dreamlight Valley, you should know that this is a rather common issue. Disney Dreamlight Valley is now in early access for a couple of days. Being in that stage of development, some bugs and issues are bound to occur. What particularly infuriating glitch is related to the “Shy Little Robot” quest, the main friendship quest for Wall-E. If Garnets for Scrooge McDuck are not registering or Fire Extinguisher is missing from your inventory, read on to learn what we know about it. 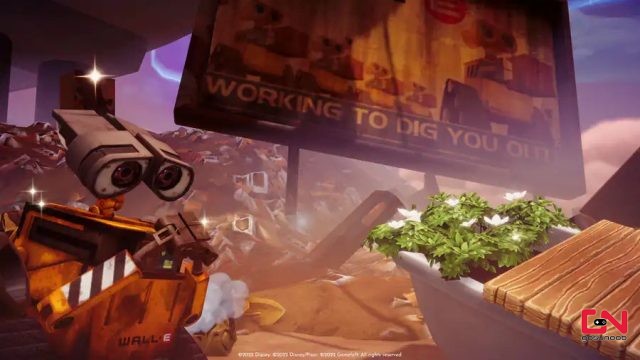 In order to bring Wall-E back to your village, you’ll need to perform a series of tasks from him. These favours are themed around Pixars’ iconic 2008 movie. And, if you’ve watched the movie, you should easily remember them. The Fire Extinguisher scene is probably the most well-known, and it’s only appropriate to have it featured in the game.

As a part of the “Shy Little Robot” quest, Wall-E will ask you to bring him a Fire Extinguisher. Merlin will inform you that Scrooge McDuck has one for sale. However, he doesn’t want mere gold for it. Rather, he’ll ask you to mine him two Garnets. And here we have two glitches.

The first glitch is that the game says you’re given the Fire Extinguisher but you don’t actually have it in your inventory when checking for it. And this locks you out from completing the quest. Luckily, this doesn’t happen to everyone, but a fairly big number of players suffer from this issue. Unfortunately, there is no workaround for the bug at the moment. Some players report that saving and then restarting the game might update the quest, but this is not 100% confirmed.

The silver lining is that developers are aware of this bug, and are actively working on fixing it. When exactly will the fix arrive, and will you be forced to start the game from scratch, we don’t know. Another bug that players encounter here is that Garnets which you mine for Scrooge don’t register. No matter how many you dig up, the quest counter is still stuck at 0/2. For this problem, restarting the game has proven to be a workable solution. We will make sure to update the article when we have more information.