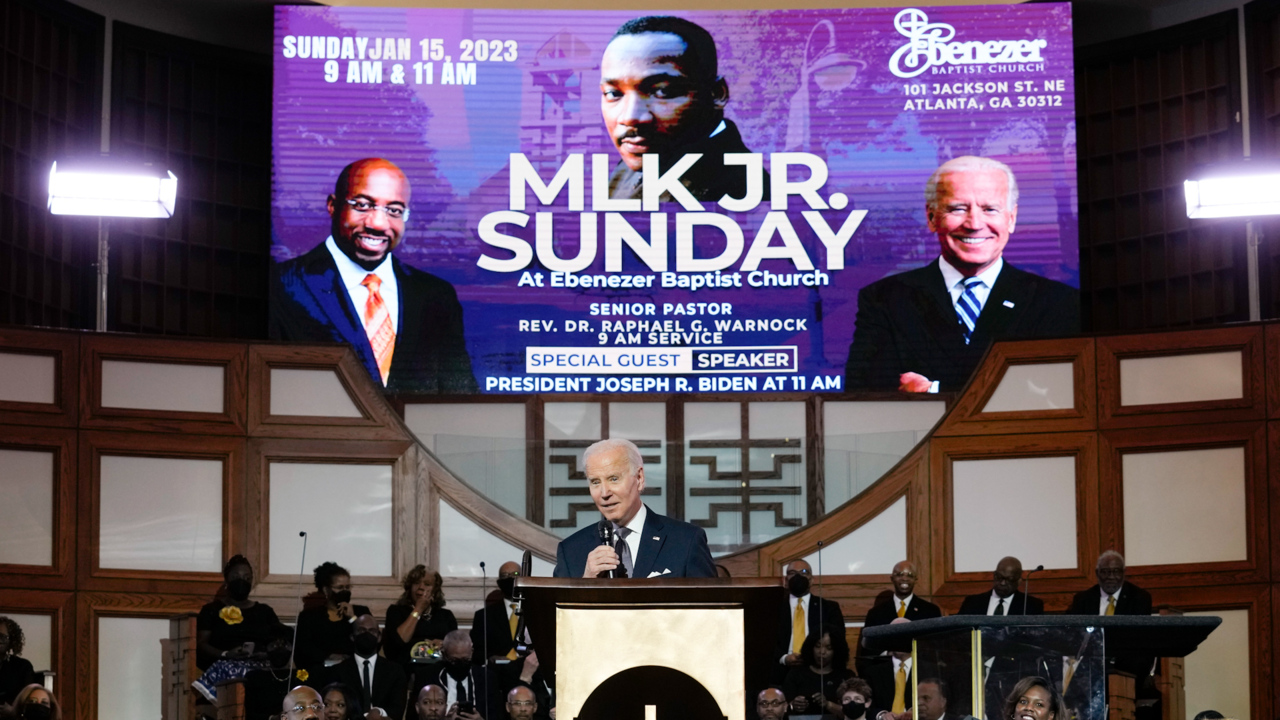 Specifically, work remains on economic rights, voting rights and protecting American democracy, Biden said Sunday, on what would have been King’s 94th birthday.

“This is a time of choosing. … We have to choose community over chaos,” he said.

King is one of Biden’s two heroes, along with late Democratic Sen. Robert F. Kennedy, Biden said. Both were assassinated in the spring of 1968.

“We come to contemplate his moral vision and commit ourselves to his path,” the president said of King.

Biden’s presence in Georgia was a contrast from the midterm elections, during which he distanced himself from the politically crucial state as his approval ratings lagged, the Associated Press noted Saturday.

Sen. Raphael Warnock (D-Ga.) spoke at the service before Biden. On ABC’s “This Week,” Warnock said Sunday he was “honored” Biden would speak in King’s “spiritual home.”

Warnock, himself a senior pastor at Ebenezer Baptist, largely focused on bipartisanship rather than allegiance to Biden during the lead-up to last year’s election, in which Warnock eventually earned his first full six-year term in office.