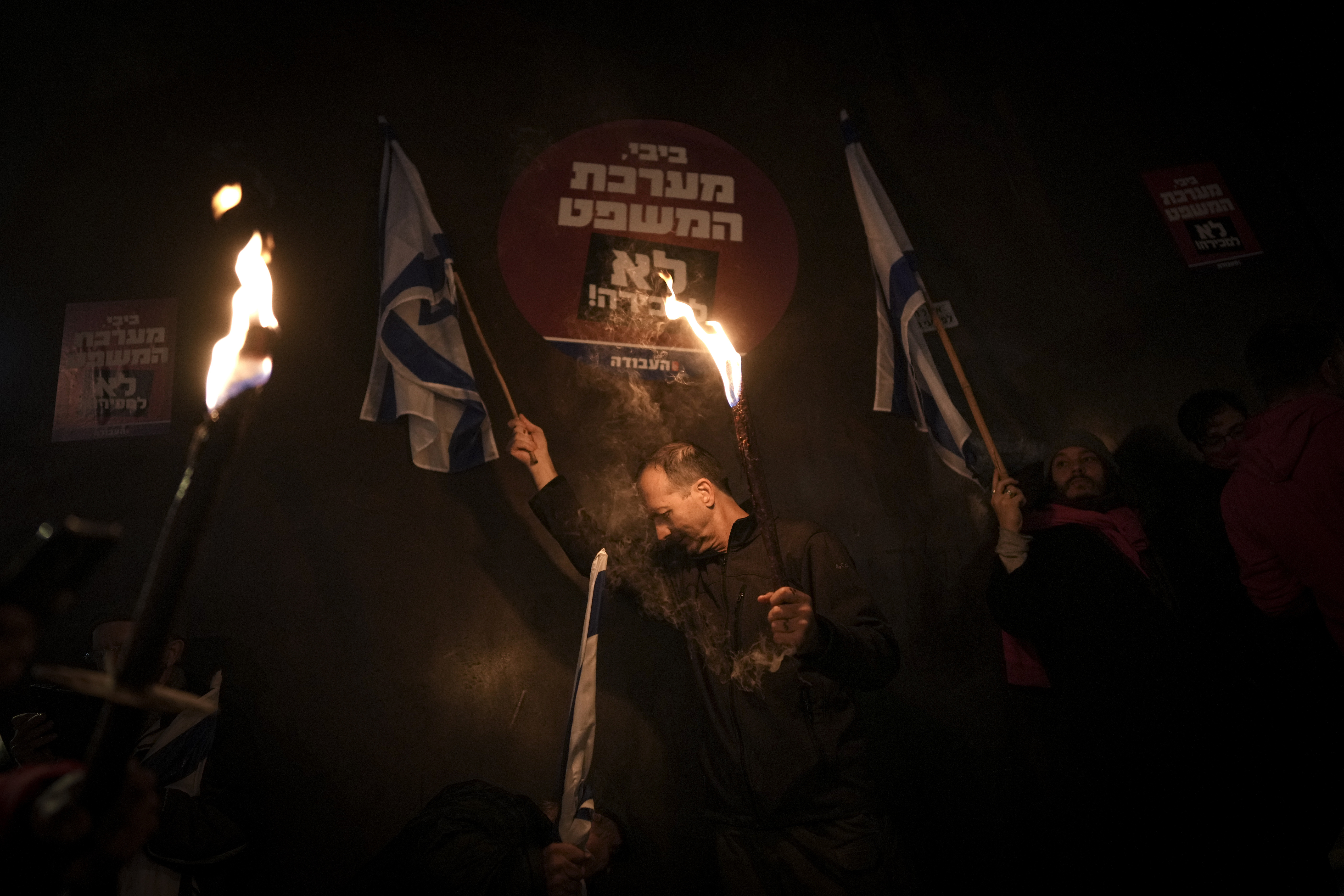 The proposed changes have sparked an outcry from the Supreme Court’s top justice, who in rare criticism called the overhaul an “unbridled attack on the justice system.” The country’s attorney general has also spoken out against the plan, as have many of her predecessors, and tens of thousands protested the proposed changes in Tel Aviv on Saturday.

Despite the opposition, Netanyahu told a meeting of his Cabinet that voters cast their ballots in November elections in support of his campaign promise to overhaul the justice system.

“We will complete legislating the reforms in a way that will correct what needs correcting, will totally protect individual rights and will restore the public’s faith in the justice system that so much requires this reform,” Netanyahu said.

The survey found that 58% of Israelis believe the Supreme Court should have the power to overturn laws passed by parliament if they conflict with democratic principles. The survey, conducted by the Israel Democracy Institute in October, just before the election, questioned 1,092 people and had a margin of error of 2.8%.

The poll was part of the nonpartisan institute’s annual “Israeli Democracy Index.” The same survey, however, found that public trust by Israeli Jews in the Supreme Court fell to 42% last year, down from a multiyear average of 59.5%. Trust in parliament was just 18.5%, it said. Levels of trust were slightly lower among the country’s Arab minority.

There have been calls in the past to reform Israel’s justice system, which was given greater clout in the 1990s and has been seen since by critics as being too interventionist in the process of lawmaking. But the sweeping changes sought by Netanyahu’s justice minister have raised an alarm among opponents who see them as a death knell to Israel’s system of checks and balances and in turn, its democratic fundamentals.

Netanyahu and his allies see the changes as a way to ease the process of governance and recalibrate what they say is an imbalance between the country’s executive and judicial branches.

The proposed changes, tabled weeks after the government was sworn in, have exposed how deeply polarized Israeli society is, torn between preserving the country’s liberal and democratic ideals or shifting away from them. They have also shown how quickly the country’s government, its most right-wing ever, is intent on advancing its policies, many of which have sparked criticism, including from unexpected quarters.

Netanyahu heads a government of ultranationalist and ultra-Orthodox parties who at times in the past have seen their agendas thwarted by Supreme Court decisions or unfavorable counsel by government legal advisers. That prompted them to make sure the legal changes were a top priority during negotiations to form the government. Netanyahu, eager to return to power under the shadow of his corruption trial, appeared to be generous to his partners in the talks.

Among those concessions was a promise to make Avi Maoz, head of a small, radical, religious ultranationalist party who has repeatedly spouted anti-LGBTQ rhetoric, in charge of certain educational programs. The Cabinet approved the pledge Sunday, despite an outcry from mayors and Israeli parents when it was initially discussed.

Israel’s President Isaac Herzog, who normally wields a largely symbolic role, has stepped in to bridge the divide over the judicial changes. In a statement, Herzog said he was working to avert “a historic constitutional crisis” in a series of meetings with political figures. Hundreds of people protested outside his residence in Jerusalem on Saturday.

Netanyahu has claimed the overhaul will be carried out cautiously and with parliamentary oversight.