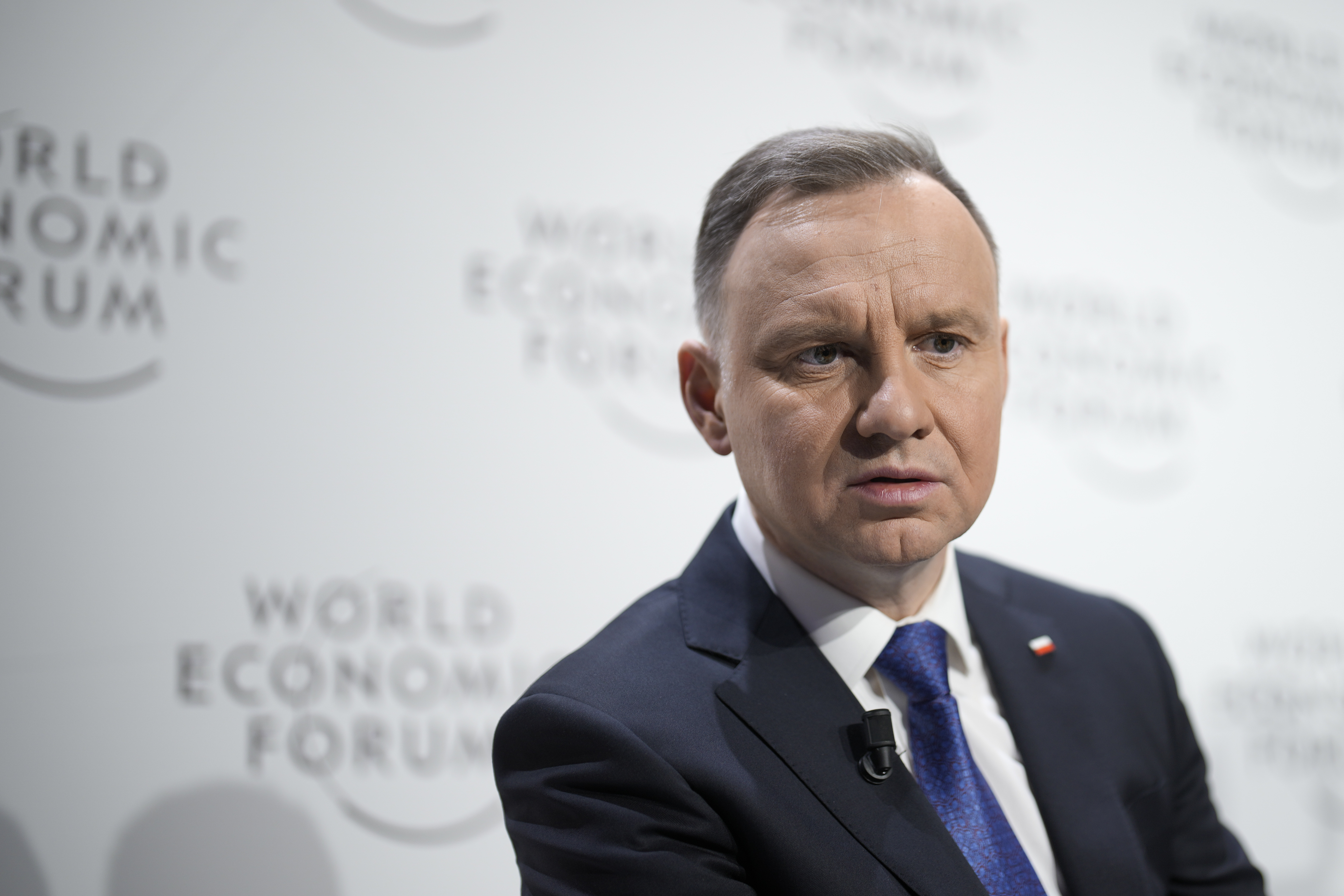 A move by the German government to supply tanks to Ukraine is a “very, very, very, very needed decision,” Polish President Andrzej Duda said on Tuesday in Davos, arguing that German public opinion is now shifting toward supplying more military aid to Kyiv.

Speaking on a panel on Europe’s defense at the World Economic Forum in Davos, Switzerland, Duda and his Lithuanian counterpart Gitanas Nausėda applied sustained pressure on Berlin to send the heavy military kit.

“The attitude in Germany is changing,” said Nausėda, but he bemoaned the delay from Berlin in allowing the release of German-made Leopard tanks to Ukraine — which he called a “very strategic factor in this war.”

“I have to tell you honestly, it’s a pity because every day of this war costs a lot,” he said. “We don’t have the luxury for such delays, and decision-making must be decisive, fast.”

Over the weekend, the U.K. announced that it would send Challenger 2 tanks to Ukraine, turning the screws on other NATO allies to follow suit.

“Germany is part of the NATO alliance, and if there’s a situation where a few allies are ready to give their tanks to Ukraine, it is an important moment,” said Duda.

Duda announced last week that Poland intended to send a company of 14 Leopard 2 tanks to Ukraine, but needed permission from Germany to re-export them. German Vice Chancellor Robert Habeck responded that Berlin would not block such a move, but that Warsaw first needed to make a formal request.

“We hope that the producer of those tanks, Germany, will also participate — in my opinion, a very good idea,” said Duda. “I was asked by [Ukraine’s President] Volodymyr Zelenskyy for that military support a few times. He said to me, ‘Andrzej, we need those modern tanks because it is the only way to stop Russian invasion.’”

Duda said the goal was for NATO countries equipped with the Leopard 2 to band together and each send enough tanks to create an armored brigade for Ukraine.

When asked if Poland had formally requested German permission to export the tanks, Poland’s defense ministry said: “Poland has declared the transfer of a company of Leopard tanks to Ukraine as part of an international coalition. Consultations with allies are underway.”

Western defense ministers will meet on Friday at the Ramstein military base in Germany to discuss further military support for Kyiv.

This article has been updated with comment from Poland’s defense ministry.