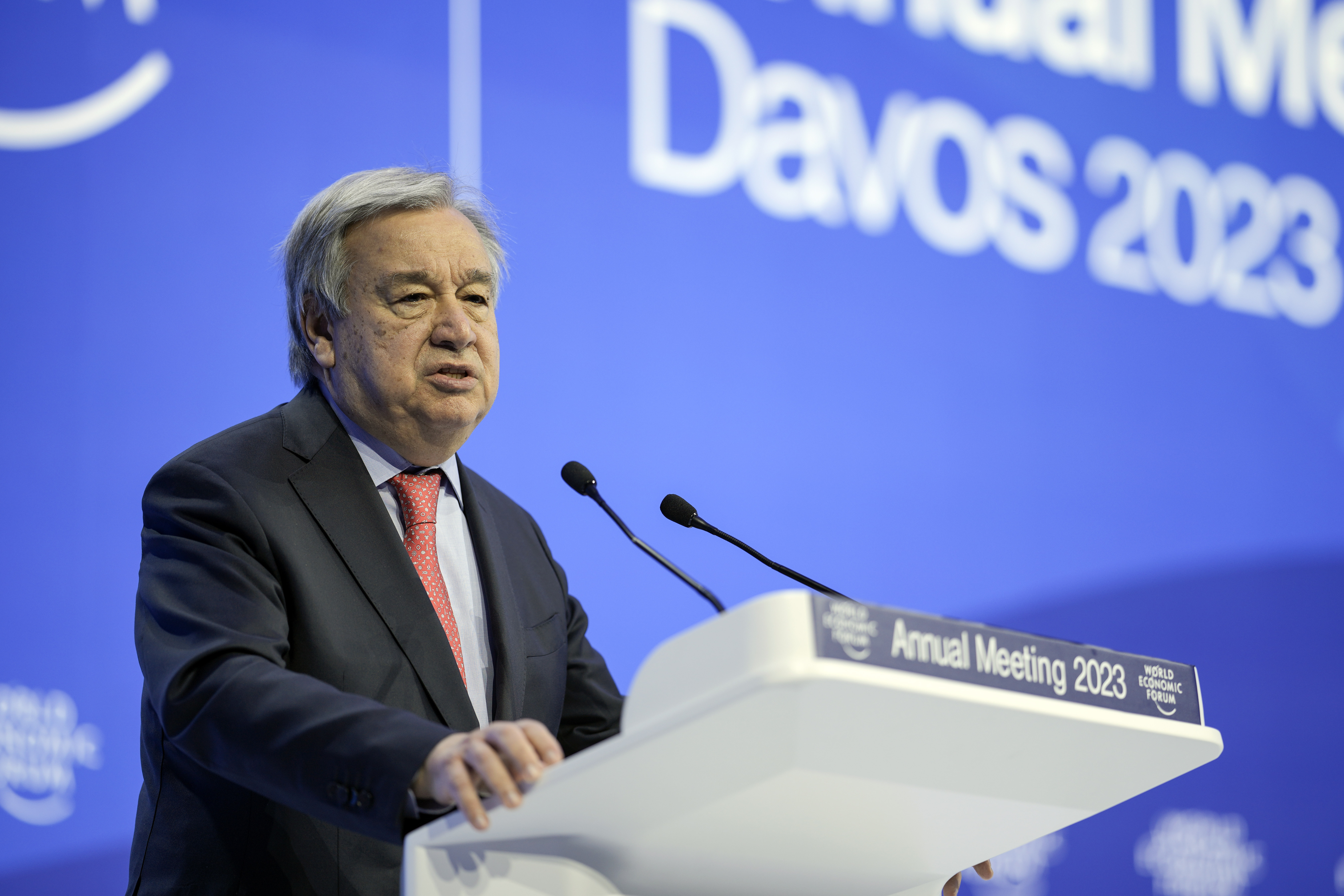 Davos likes to think of itself as the solution for the world’s woes, but António Guterres isn’t so sure.

“We are in the worst situation of my lifetime,” the 73-year-old U.N. chief told the World Economic Forum on Wednesday, and the corporate leaders gathered alongside politicians in the Swiss mountain-top retreat of Davos are far from blameless.

“Across the spectrum of global challenges, we need private sector resourcefulness and cooperation to advance peace, sustainable development and human rights,” he said.

Davos has placed climate change at or near the top of its global threat list for years. But its annual meeting is thick with the companies most responsible for greenhouse gas emissions. The list of attendees at this year’s forum included CEOs or top executives from at least 27 fossil fuel companies, including Shell, Chevron, Aramco and BP.

“Today, fossil fuel producers and their enablers are still racing to expand production, knowing full well that their business model is inconsistent with human survival,” said Guterres. “This insanity belongs in science fiction, yet we know the ecosystem meltdown is cold, hard scientific fact.”

Guterres highlighted evidence published last week that detailed the precise climate change predictions made by scientists working for ExxonMobil as far back as the 1970s.

“Just like the tobacco industry, they rode roughshod over their own science,” he said, and now the world is on track for a ‘devastating’ 2.8 degree increase in temperature.”

The world’s largest financial institutions and asset managers — many of whom are also on the guest list — are collectively still pouring hundreds of billions of dollars into companies producing and burning fossil fuels, according to a report published by NGOs on Tuesday, despite pledging to align their investments with a world of net zero emissions by the middle of this century.

Those findings echo the criticisms made last year by a task force launched by Guterres to hold corporate actors to account for their pledges.

“More and more businesses are making net zero commitments,” he said. “But benchmarks and criteria are often dubious or murky. This misleads consumers, investors and regulators with false narratives. It feeds a culture of climate misinformation and confusion. And it leaves the door wide open to greenwashing.”

He called on all corporate leaders to submit “credible and transparent transition plans” before the end of 2023.

The U.N. chief said it was not only climate change where corporations were falling short.

He called on “the banking sector, traders and shippers” to join insurers in aiding exports of Ukrainian and Russian food and fertilizer, easing food price woes in the world’s poorer regions.

“I am not convinced that the wealthier world truly grasps the degree of frustration and anger in the Global South,” he said. The pandemic, food and energy supply crunch have exposed a “morally bankrupt financial system in which systemic inequalities are amplifying societal inequalities.”

But he acknowledged that governments needed to enable and encourage the private sector to “play its full role for good.”

“In many ways, the private sector is leading,” he said. “Governments need to create the adequate regulatory and stimulus environment to support it.”