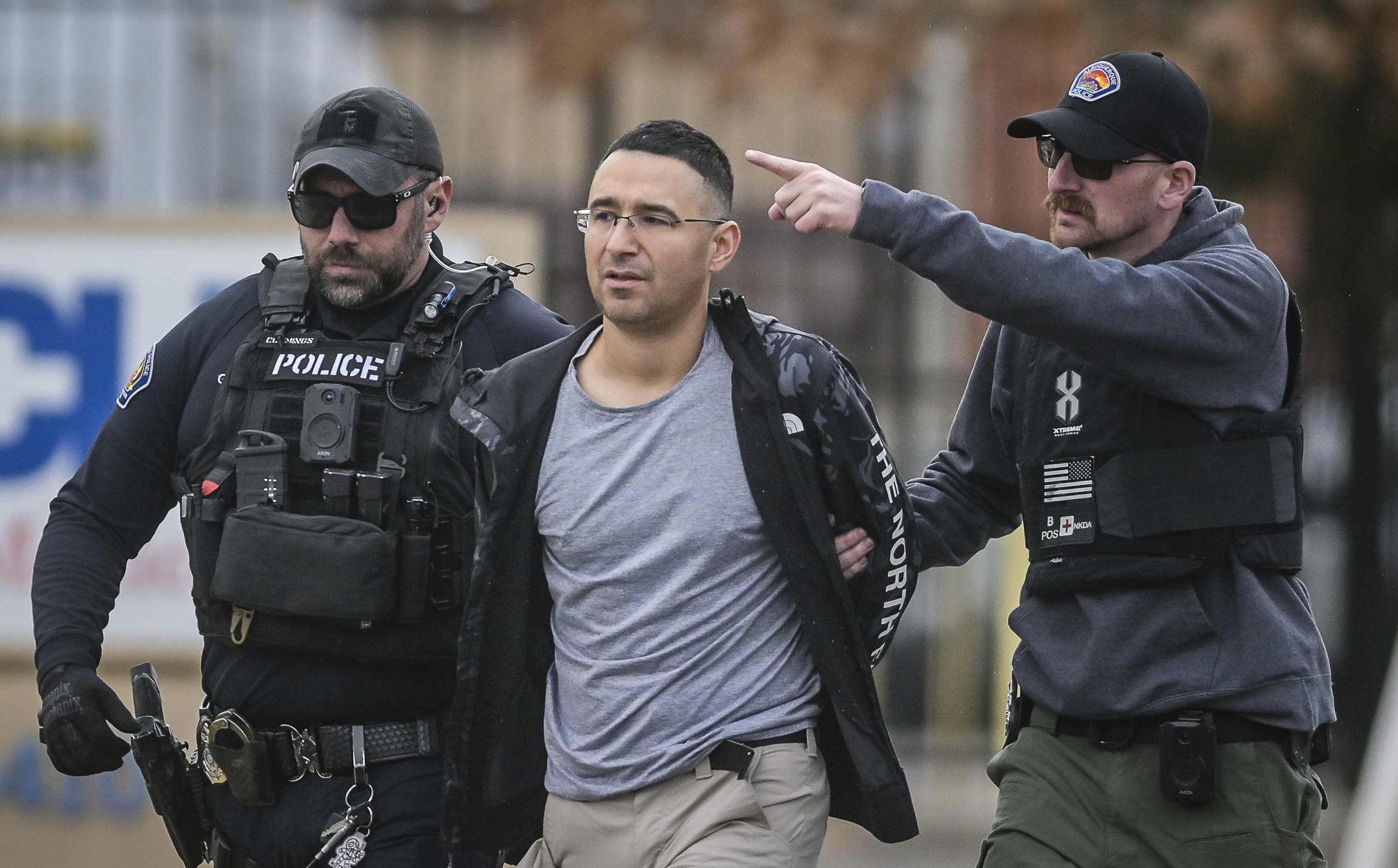 Peña is charged with multiple counts stemming from shootings that started in early December and continued in January. The charges include shooting at a home, aggravated battery with a deadly weapon, conspiracy and being a felon in possession of a firearm.

Authorities identified the 39-year-old felon as the key suspect using a combination of cellphone and vehicle records, bullet casings collected near the officials’ homes and information from a confidential witness.

Peña had posted on social media after the November election that it was “rigged” and he would not concede despite losing his bid for the statehouse by a landslide.

According to a criminal complaint, the political newcomer allegedly paid for four men to shoot at Democratic officials’ homes, including one house where a 10-year-old girl was asleep.

The case of Peña, who had posted photos of himself online with Donald Trump campaign material, is one of dozens across the United States where people have threatened, and in some cases attempted to carry out, violence against members of Congress, school board members and other election officials.

A self-proclaimed “MAGA king,” Peña expressed discontent with the election and the certification of the results in a text message sent to one of his alleged coconspirators in November.

Other messages included the addresses of the officials that were targeted.

Peña spent nine years behind bars after his arrest in April 2007 for stealing electronics and other goods from several retail stores as part of what authorities described as a burglary crew. He was released from prison in March 2016, and he had his voting rights restored after completing five years of probation in April 2021, corrections officials said.

On Nov. 15, he posted an image of himself in a “Make America Great Again” hoodie, saying “Trump just announced for 2024. I stand with him. I never conceded my HD 14 race. Now researching my options.”

No one was wounded in the drive-by shootings, and elected leaders on both sides of the aisle have condemned such violence, saying it has no place in the political process.

Police said Peña had previously shown up uninvited at the homes of two elected officials with what he claimed were documents proving that he had won his race. There was no evidence of widespread voter fraud, or any irregularity involving enough votes to change a result, in New Mexico in 2020 or 2022.

The criminal complaint says that Peña hired a father and son with criminal histories of their own as well as two brothers whom authorities have yet to identify. Albuquerque police said they expect to make more arrests but have declined to provide details.

According to the complaint, a witness told investigators that one of the men told the shooters to aim above the homes’ windows to avoid striking anyone inside.

The witness said Peña wanted them to shoot lower and that his insistence that the men be more aggressive made the other participants uneasy.

Peña is accused of participating in the final shooting — the one that targeted the home of state Sen. Linda Lopez. The witness said Peña’s gun jammed and did not fire correctly but one of the other men fired multiple rounds from a Glock pistol into the home, where Lopez’s daughter was sleeping.