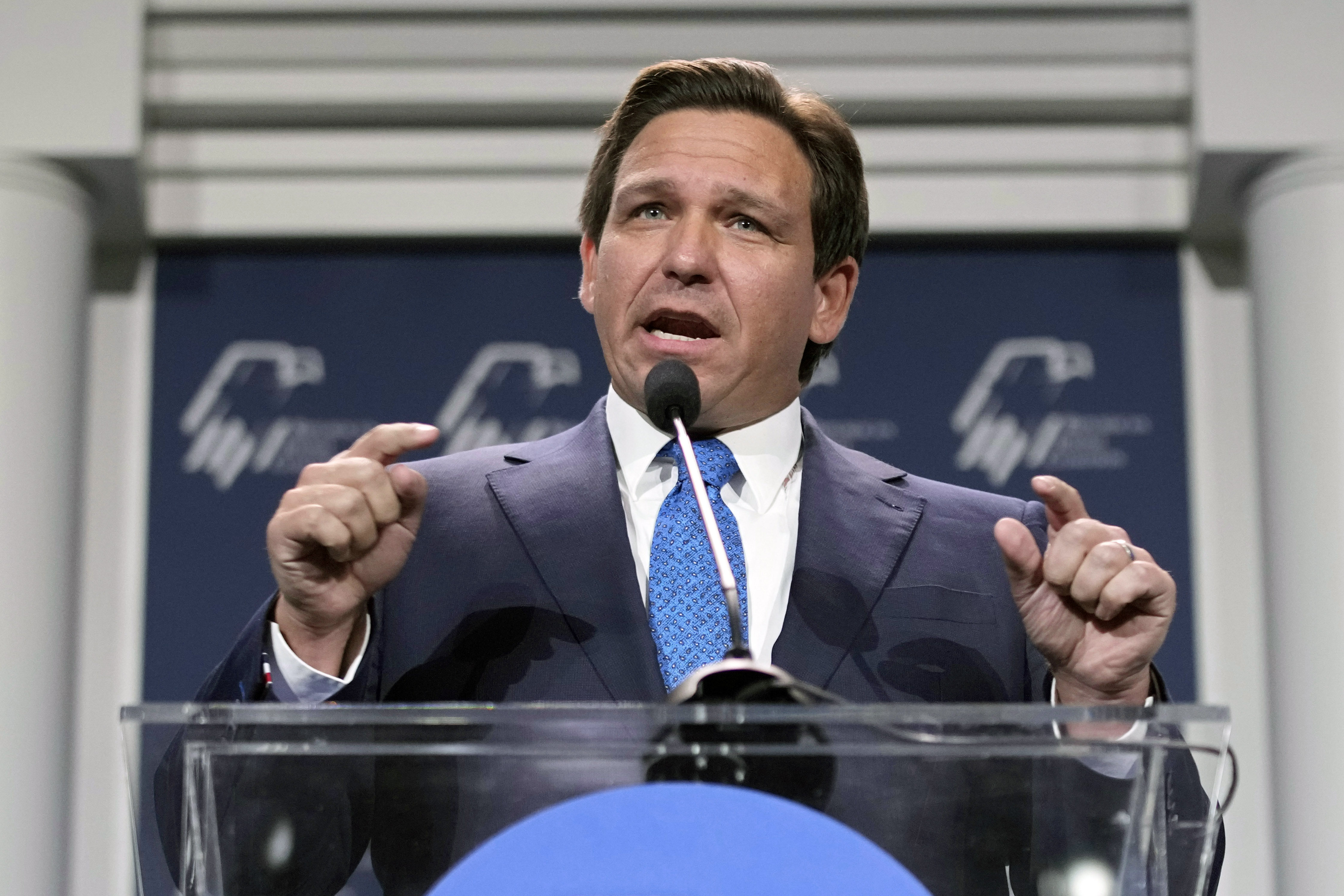 Hinkle said Warren’s office had a policy of using “prosecutorial discretion” in all cases, including those involving abortion.

“Any reasonable investigation would have confirmed this,” Hinkle wrote.

The judge conceded, though, that he didn’t have the authority to reinstate Warren to his position.

DeSantis replaced Warren with Susan Lopez, who previously served as a judge in the Tampa area.

DeSantis began eyeing Warren after the governor in late 2021 asked his public safety czar, Larry Keefe, to see whether Florida had any “reform prosecutors,” a term generally associated with progressive prosecutors who pursue criminal justice reforms. When he ran for Hillsborough state attorney, Warren vowed to reduce recidivism, among other things.

“Mr. Keefe made some calls to acquaintances and quickly identified Mr. Warren as the Florida prosecutor who had taken the mantle of a reform prosecutor,” read Hinkle’s opinion.

In his ruling, Hinkle also highlighted testimony from Fenske centered on how the communications office handled the announcement that DeSantis was suspending Warren. The night before DeSantis held the Aug. 4 high-profile press conference to suspend Warren through executive order, former administration press secretary Christina Pushaw tweeted: “Get some rest tonight” and “[p]repare for the liberal media meltdown of the year.”

During trial, Fenske testified that Pushaw was admonished for the tweets, but Hinkle says he “does not credit” the testimony because Pushaw was tweeting about the suspension again the next day.

“Ms. Pushaw tweeted an equally partisan, unprofessional message about this the next night, after purportedly being admonished,” he wrote. “And in any event, any admonishment was about tone, not substance.”

As justification for the suspension, DeSantis’ legal team also brought up former GOP Gov. Rick Scott’s 2017 decision to reassign death penalty-eligible cases from Aramis Ayala, the former state attorney for Orange and Osceola counties, after she said she would never pursue the death penalty even in cases that “absolutely deserve the death penalty.”

In his ruling, Hinkle noted no one ever suggested removing Ayala from office, and that Warren never made similar statements.

“Quite the contrary,” Hinkle wrote. “[Warren] said repeatedly that discretion would be exercised at every state of the case.”

The issue now could go before the Florida Senate, which is responsible for removing from office officials who have been suspended by the governor.

The issue is currently on hold in the Senate until the legal proceedings are resolved, including any potential appeals.

Senate President Kathleen Passidomo (R-Naples) sent a memo to her members Friday morning after the Hinkle ruling telling them the issue isn’t completed.

“As such, the matter of Mr. Warren’s reinstatement or removal from office by the Florida Senate appellate remedies have been exhausted,” she wrote.