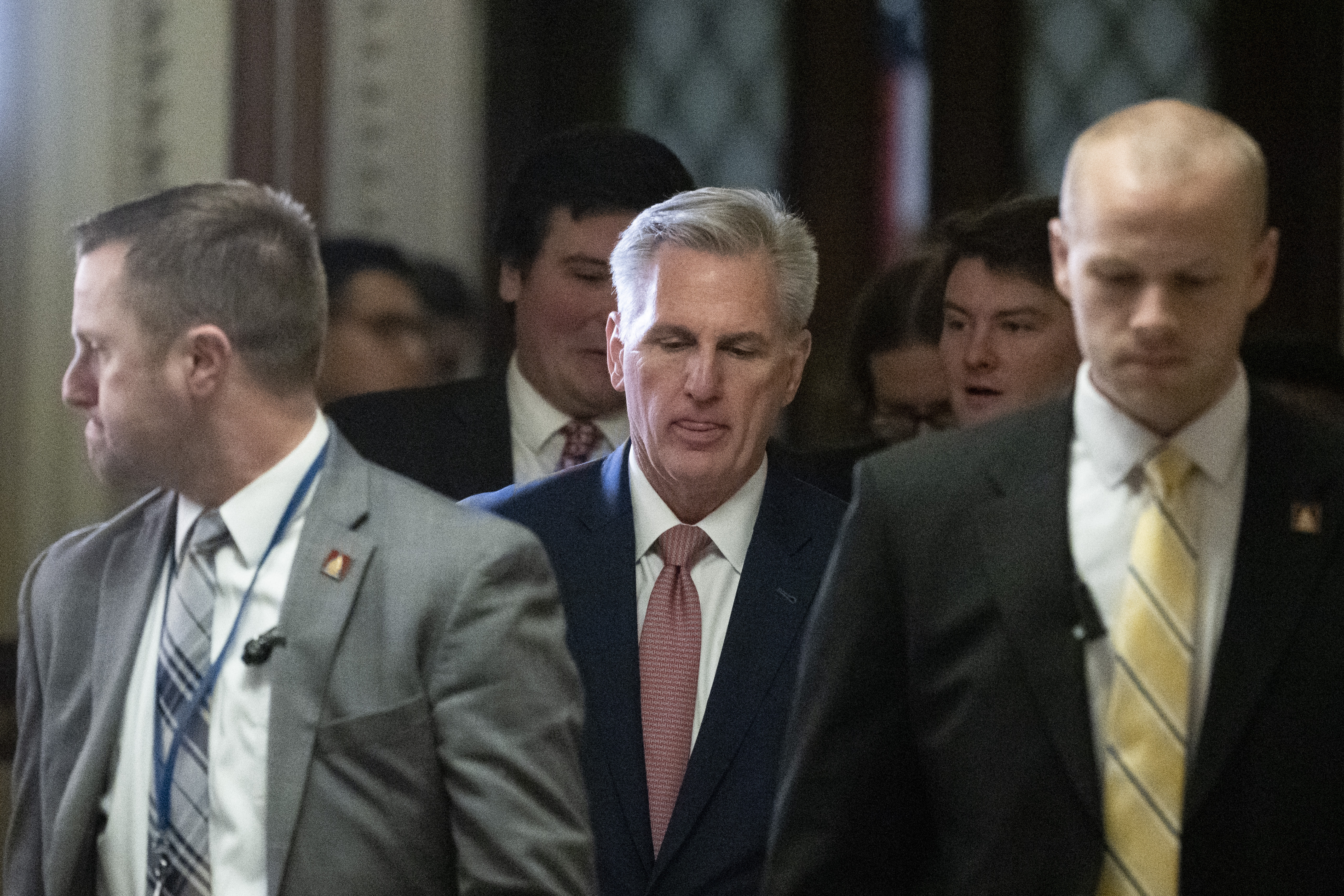 The frustration among all members of the House about a broken process — where huge omnibus spending bills are negotiated behind closed doors and then voted on in the middle of the night — is totally understandable. It has also been a complaint from just about every backbencher in congressional history.

The process, of course, has gone seriously off the rails in the last couple of decades in Congress, culminating in the Nancy Pelosi years. The former speaker had little interest in a fair process and was more than willing to trample on the rights of the House minority.

When I was a senior aide to then-Speaker Denny Hastert, the so-called Accidental Speaker who picked up the reins of power in 1999 after Newt Gingrich’s stormy leadership came to an abrupt end, we promised to deliver regular order.

We promised to give members back their power to make decisions and we outlined a clear agenda that promised to secure America’s future. Hastert had deep personal failings, but he was effective as a leader on Capitol Hill because he promised to be a listener more than a speaker, and he was rewarded by his colleagues by becoming the longest Republican speaker of the House in history.

In Congress, it was a great approach. But then conservatives learned that regular order didn’t necessarily reflect what they wanted, which was a lot less government. The regular order wheels started to fall off the bus when Hastert insisted on passing legislation to modernize Medicare with a prescription drug benefit. Conservatives revolted and the speaker had to keep a vote open for three and a half hours, which was decidedly against the regular order. But as Hastert explained at the time, for senior citizens who were waiting for 30 years for their drug benefit, three hours was not too long to wait.

Bill Thomas (McCarthy’s former boss) was the chairman of the Ways and Means Committee and one of the principal architects of the Medicare Modernization Act, and he wasn’t all that concerned about regular order. He just wanted to get the bill passed, as did President George W. Bush, Senate Majority Leader Bill Frist and other members of the Republican establishment. Conservatives were furious, but senior citizens were mostly pleased to get the new drug benefit.

Regular order is great until the point that you need to pass legislation that pleases your caucus and the American people simultaneously. And that is the challenge for McCarthy and House Republicans as they move forward. Regular order is fine in theory. But at the end of the day, the American people don’t care about process. They care about results.

I appreciate the sentiments of the small band of rebels who demanded that McCarthy give them a bigger say in the legislative process, and I appreciate that they were using all their leverage to extract concessions before they gave him their vote as speaker. But they need to understand that regular order doesn’t necessarily mean that conservatives will get the results they want. And they need to ask themselves a question: What is it that they want? Do they want an open process where they can win debate points but perhaps lose amendment votes? Or do they want to tilt the process in their favor, stifle debate and hopefully get enough moderates to come their way in a House that has historically tight margins?

These questions become even more salient as Congress considers what to do about the debt limit.

It is the rare member of Congress who loses his or her seat when it comes to extending the debt limit. Voters simply don’t care about the esoteric parliamentary debates that revolve around our absurd fiscal irresponsibility.

But that doesn’t mean that political campaigns don’t try to make hay out of the debt limit and especially for Republicans, it is a hard vote to swallow. GOP lawmakers don’t like out-of-control spending, and they get frustrated when they seemingly can’t do anything about it.

If that regular order process were actually employed, the House would likely vote down most conservative-backed amendments to sharply curtail spending on entitlement programs, and then it would pass a relatively clean debt ceiling lift and send it over to the Senate. Then the Democratic-led Senate, with help from some Republicans, would pass that bill in the name of economic stability, and President Joe Biden would eagerly sign it.

It would be a fair and open debate, but it wouldn’t deliver a particularly conservative result.

The truth is that while the House GOP skews conservative on many issues, in certain areas — like spending money on the military, keeping the government open and avoiding a debt default and potential financial crisis — there is a bipartisan majority to do the opposite of what the hard right wants.

Regular order rarely yields unambiguously happy results for the conservative movement. And that is the reality for the Freedom Caucus and for Kevin McCarthy. They can proclaim the need for regular order all they want, but at the end of the day, the speaker has to find a way to keep his majority happy and also prove that he can govern for the rest of the American people. I wish the new speaker luck.