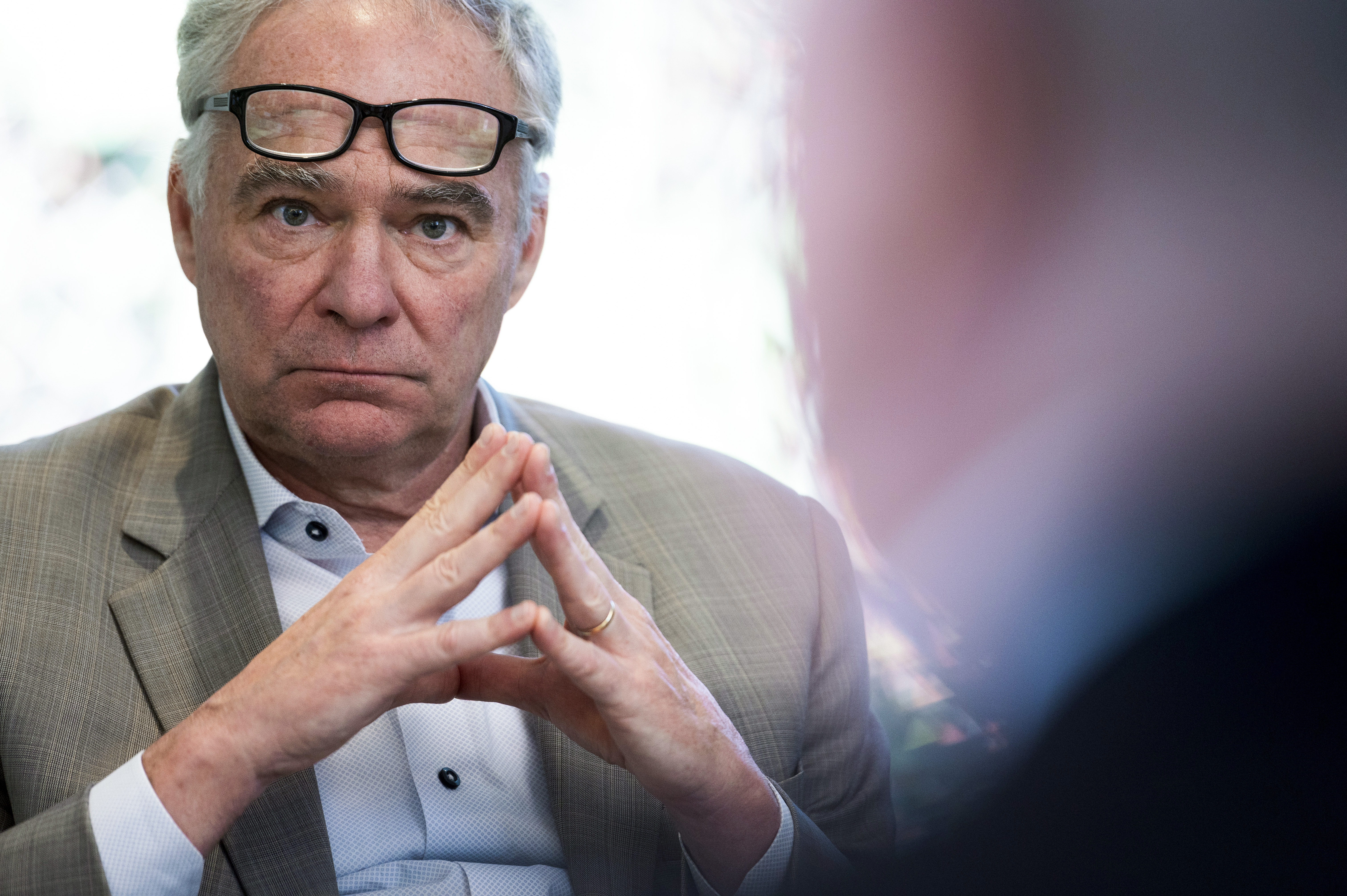 “I’m doing everything that a good candidate does: I have a great team, raising a lot of money,” Kaine told POLITICO in November, after the midterms. “I’ll make the final decision over the holidays.”

Rumors of his possible retirement have been swirling around the Senate Democratic Caucus, according to two people familiar with the chatter. Kaine’s team has let few Democrats know of his plans. There are signs that he’s ready to run it back: A source familiar with his plans said he had lined up a campaign manager and pointed to millions in the bank raised for a potential reelection.

At the same time, Kaine has also made no secret of his diagnosis of long Covid — which he has described as non-debilitating — and has achieved nearly everything in politics, from mayor of Richmond to governor of Virginia to DNC chair to senator to vice presidential nominee. He has little to prove to anyone, though he also enjoys his job and is one of the most cheerful members of the entire Senate.

If Kaine were to step down, it would create the state’s first open Senate seat in more than a decade. While Virginia has been a reliably blue state for Senate seats in recent years, a Kaine retirement would likely result in a crowded Democratic primary. And it would be a blow to Democrats, who need to defend seats in the red states of Ohio, West Virginia and Montana in 2024.

Republicans, meanwhile, are salivating at the possibility of another open seat joining that of Sen. Debbie Stabenow (D-Mich.), who surprised many Democrats when she announced her retirement earlier this month. Republicans’ first choice for running against Kaine, or especially in an open seat, would be Gov. Glenn Youngkin, who could also run for president.

Kaine is set to host a roundtable with Richmond leaders under 40 on Friday. He will then hold a news conference. Some Democrats said they believed Kaine would run by virtue of the setting; a roundtable is not typically where people announce a retirement.

The 64-year-old Kaine is still young by Senate standards. Yet he has also had a long career in Democratic politics. And he’s extremely popular: He won his 2018 reelection by 16 points against Corey Stewart, a far-right GOP candidate.

Kaine has made a name for himself in the Senate as a member with strong relationships across the aisle, including with Sen. Susan Collins (R-Maine) and their work on abortion rights. He has also worked with Republicans on legislation to limit presidential war powers.

Jonathan Martin contributed to this report.