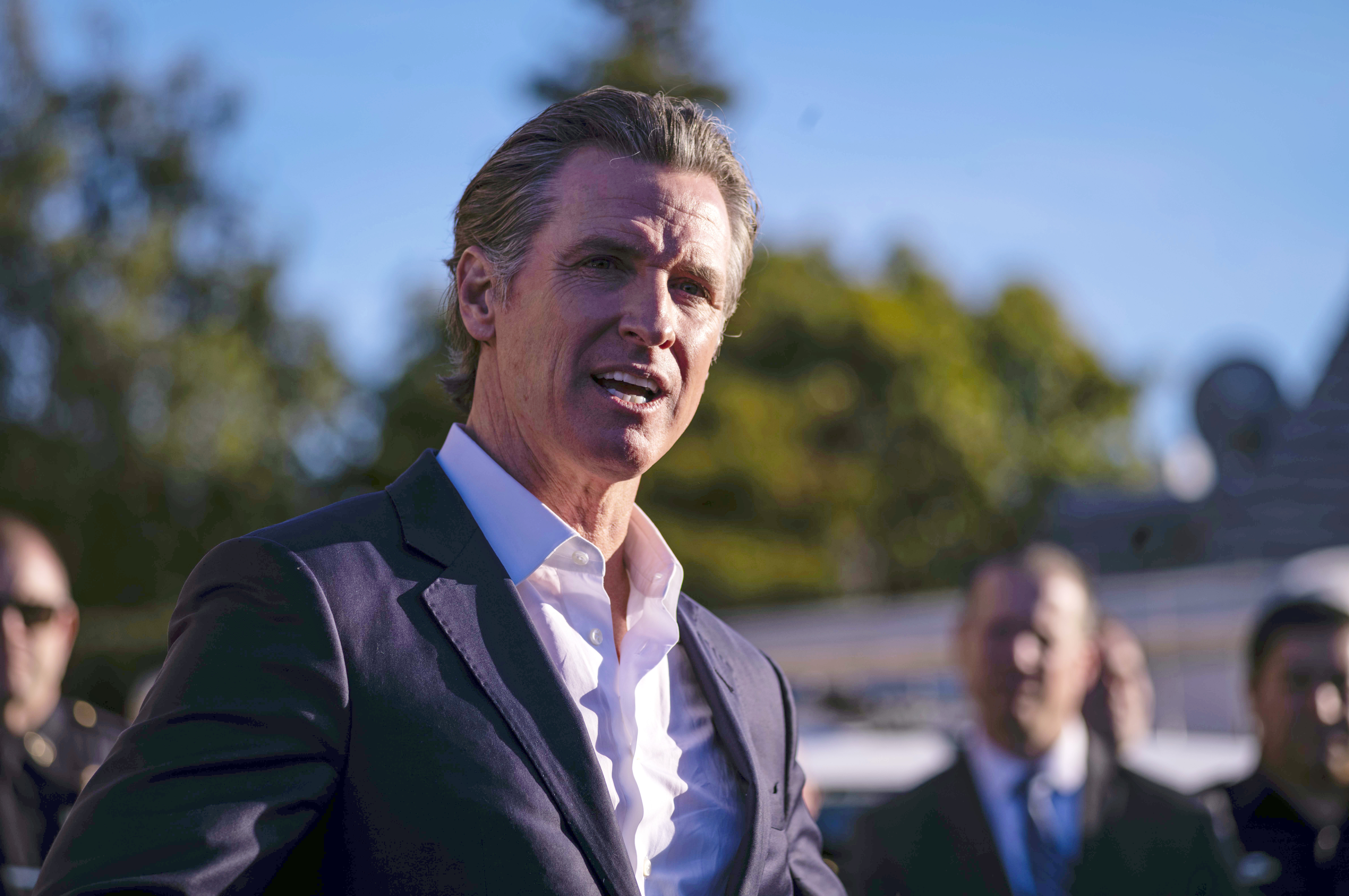 California has some of the most stringent gun policies in the nation, which the governor says helps explain why the state has a gun death rate 37 percent below the national average. Some of those restrictions, however, are in jeopardy following a Supreme Court decision in June on a concealed carry law in New York that invited challenges on a wide range of firearm laws.

Even with California’s laws, people can just bring weapons into the state from elsewhere — which is why Congress should take actions such as restricting the size of magazines and banning assault weapons, Newsom said.

“We can’t do this alone,” Newsom said. “And with all due respect, we feel like we are.”

The governor made the trip to Half Moon Bay, south of San Francisco, after the killing of seven farmworkers Monday, apparently by another worker. It came less than 48 hours after the attack by a gunman at a dance hall during a Lunar New Year celebration in Monterey Park, a small city east of downtown Los Angeles.

Newsom had harsh words for McCarthy, who represents the Bakersfield area, for not making any public statements addressing either shooting.

“I’m still waiting for Kevin McCarthy, the leader of the House of Representatives, who purports to represent the people of the state of California,” he said. “We haven’t heard one damn word from him, not since Monterey Park, not what happened here, not one expression of prayers, condolences, nothing, and it should surprise nobody.”

McCarthy’s office did not immediately respond to a request for comment on the governor’s remarks.

Newsom said he was in the hospital in Southern California visiting victims and family members when he was pulled aside and informed of the second shooting in Half Moon Bay.

The governor, like others in his party, has doubled down on the need for gun restrictions in the wake of the Supreme Court’s decision. Last year the Democrat-dominated legislature passed a dozen more restrictions, and new bills are in the works for this year.

While the state does have a lower rate of gun death than the national average, it’s been impossible to insulate it from tragedies like the ones seen this week. Increasingly, California Democrats have been looking to Washington to place protections in areas that state policies simply can’t cover.

“We can figure this out — we can,” Newsom said. “We know what to do. It’s not complicated. We do. And we don’t have to do this again and again and again.”